Moving Averages are one of the simplest technical indicators around. Moving averages do not make predictions about future price movements but they rather they define the current price direction with a time lag. Even though Moving Averages lag, due to the fact that they are based on past data they are useful as they smooth price action and they also filter out noise. The two most popular types of Moving Average used for trading, are the Simple Moving Average and the Exponential moving average. Click on images to enlarge. 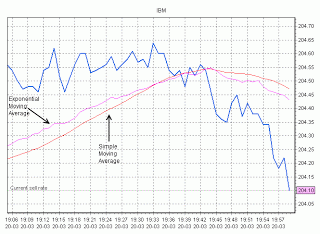 Different traders often decide to use different time frames when using Moving Averages as an indicator. Short term moving averages (5-20) tend to suit those who are interested in short term trading and short term trends. Chartists who wish to hold a position for the medium term will typically use 20-60 day moving averages. While long term investors will likely only use moving averages of greater than a 100 days. 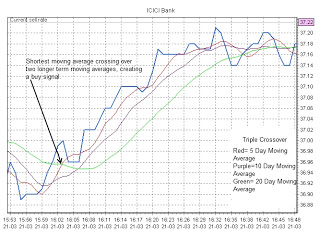 Charts created using the Plus500 Platform.