Who is George Soros 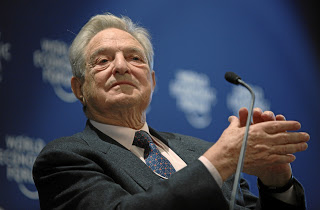 George Soros was one of the most successful money managers of the 20th Century whose funds consistently outperformed the S&P500.; Soros from very humble beginnings has acquired a huge amount of wealth, with his net worth estimated to be around $22 Billion. Soros is most famous for his involvement in Black Wednesday when the British Government was forced to leave the Exchange Rate Mechanism as they were unable to maintain their currency peg against the strong Deutsche Mark. It is estimated that Soros made a billion dollars on that day alone. He is also known for his support of the Open Society Institute founded by Soros himself this foundation expounds a political philosophy influenced mainly by 20th Century Philosopher Karl Popper. What is less often recognized is the role that Karl Popper’s thought played in George Soros’s trading philosophy.

Karl Poppers Thought on Soro’s Trading Philosophy
Karl Popper was primarily interested in the philosophy of science, with the problem of demarcation and induction remaining at the forefront of Popper’s thought. Popper thought rather than trying to verify a theory by looking for instances that confirmed a hypothesis, science advanced by attempting the refutation of theories. This became known as falsification. There are two reasons why Popper thought falsification was superior to verification. One it avoided the problem of induction, which states that induction cannot be proven by experience nor can it be proven by reason as it is not analytic. It also avoids stops scientists and pseudo scientists from simply adding ad hoc sub hypothesis. The case can be clearly demonstrated with psychoanalysis which Popper held to be a pseudo science, Freud held that sex was dominant motive behind human behavior was sex, it is possible to take any behavior and rationalize it in a way which makes it coherent with Freud’s hypothesis. This is similar to some of the contentions made by many offering trading strategies or systems which then begin to become unprofitable. They then ad hoc assert that the system is only suitable for certain market conditions or currency pairs etc, or that it should be selectively used. Their are many instances in Popper’s own wealth management career when he actively looked for ways to falsify his own beliefs, rather than just look for instances which verified them. For a good account of George Soro’s wealth management career check out the book More Money Than God.

The other major element of Karl Poppers thought adopted by Soros in his trading pursuits comes from Popper’s political thought. In the book the Open Society while outlining his complaints against Plato, Marx and Hegel who he criticizes for promoting totalitarian ideas. He introduces the concept of piecemeal social engineering. Popper believes when we want to make societal changes for the better, they should be very small and precise so it can be monitored what role the change makes in the grand scheme of things. If changes are too stark and radical it is impossible to tell which one of the changes made the difference. As it is impossible to tell which changes played causal role in the grand scheme of things. Soros took this idea and applied to trading. Often when Soros made changes to his outlook or position, he would make small change to his trading style or the positions held. Making slow changes until his convictions became firmer and then making a more full scale commitment or change to his position. This can be seen in both his shorting of the Thai Bait and his shorting of the Pound.