5. George Soros vs. The Thai Baht (1997)
In the years running up to 1997 there were a number of signs that it would be trouble with a number of Asian economies. A number of economists including Paul Krugman attacked the supposed ‘Asian economic miracle’ publishing papers as early by 1994. From 1985 to 1996 the Thai economy had grown an average of 9% every year while keeping inflation in check, however by 1996 times were changing. Many felt the Thai Baht which was pegged against a basket of currencies with the main component being the US Dollar was vastly overvalued. Soros who in 1996 sent members of his hedge fund out to Thailand to undertake research agreed. On the 14th and 15th of May 1997 their Thai Baht was hit by a number of speculative attacks including ones undertaken by Soro’s Quantum Fund. On June 30 1997, Prime Minister Chavalit Yongchaiyudh made a public announcement stating that his government wouldn’t devalue the Thai Baht. Many of the speculators including Soros held that the Thai government were ill-equipped to defend the overvalued Thai Baht triggering a huge sell off of the currency. By the 2nd of July 1997 the Thai government were forced to let the Thai Baht float freely, with the Thai Baht swiftly losing almost half its value.

4. Andy Krieger Vs. The Kiwi
The year is 1987 and Andy Krieger is a 32 year old currency trader at Bankers Trust who was about to make one of the greatest currency trades of all time. Krieger was actively monitoring the currencies which had rallied against the dollar following the Black Monday Crash. As investors and multi-national corporations rushed to pull their currency reserves out of the US and into other currencies that had suffered so badly in the market crash, Kreiger came to the realization that some of the rallying currencies would become fundamentally overvalued creating the perfection arbitrage opportunity. The currency which Krieger decided to target was the New Zealand Dollar also known as The Kiwi. Using new techniques developed in part due to the rise of options Andy Krieger took on a massive short position in the currency worth several hundred million dollars. It has been said that the position was in fact larger than New Zealand’s total money supply, this selling pressure and the overall lack of currency in circulation led to a sharp drop in the value of The Kiwi. Which made Bankers Trust then Krieger’s employer millions of dollars, later on Krieger left Bankers Trust to go work for the infamous George Soros. 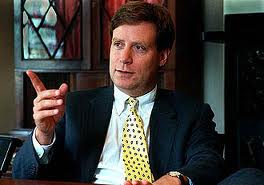 3. Stanley Druckenmiller Shorts the Deutsche Mark
In 1989 the Berlin Wall fell as the Eastern bloc and the Soviet Union began to crumble eventually leading to a Europe free of Soviet oppression. While others were celebrating these events and talking about The End of History some speculators were out to make a fast buck. The fall of the Berlin Wall also signal the reunification of Germany and this had led to a depression in the value of the German Deutsche Mark. This was perfect understandable with East Germany having an economic output of half of the more developed West. However Stanley Druckenmiller took a long position on a possible future rise in the price of the currency. Soros then told to Druckenmiller to increase the bet, buying a total of 2 billion German Marks. The bet payed off and helped the Quantum Fund have a bumper year posting huge returns.

2. Soros against the British Pound
The EU treaties of the early 90’s forced members of the European Union into the Exchange Rate Mechanism in order to align the various economies together in order to prepare Europe for the introduction of the Euro. Members of the Exchange Rate Mechanism had to keep their respective currencies above a certain price level against the German Deutsche Mark. Britain’s membership of the ERM was on the condition that the British government kept the value of the British pound above 2.7 Marks. Britain’s attempts to achieve such a feat led to high levels of interest rate and equally high rates of inflation. Many Speculators including Soros thought such an arrangement would hold out in the long run and they were right. This led to many aggressive speculators taking up large short positions in the pound with Soros borrowing heavily in order to take up a huge position in the British Pound. This all came to a head on the 16th of September 1992 when the British Government attempt to prop up the pound Sterling against the currency speculators, raising interest rates to 12% (with further promises to raise the rate to 15%) while also buying billions worth of Pounds. However by 7pm that evening the Government were forced to withdraw from the Exchange rate mechanism meaning that Soros pocketed an estimated $1 billion dollars. 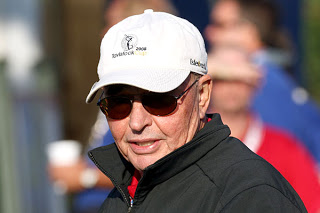 1. Joe Lewis vs. The British Pound
Joe Lewis, a reclusive billionaire and owner of British football team Tottenham Hotspurs is said to have made even more than Soros during the Black Wednesday Crash, with some estimating that Joe Lewis made a total of around $1.2 billion Dollars that day. Joe Lewis began currency trading in the 1970’s after selling the family business and is also well known for having lost an estimated $1.1 billion on Bear Stearns in 2007.