Today we are going to do a quick introduction to four different charting techniques that are often used by those who use technical analysis as tool for trading. In the future we plan to do more some more detailed and advanced looks into each charting technique.


Resistance Level
This is used as sell signal. This is the price level that an index, stock or commodity reaches before it will see a fall. The idea behind this is that if the price has reached a certain level in the past and failed to pass this price level several times in the past. There is resistance among traders and investors to buying above this level. Another way that the resistance level can be looked at is that at this price increased supply enters the market place pushing down prices. 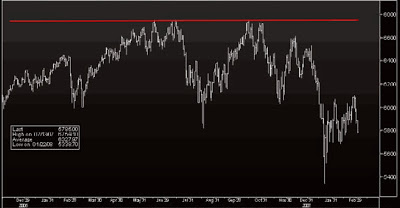 On this chart the resistance level is drawn in red. As you can see this particular share failed to breakthrough its resistance level several times before there was a significant fall in price.
Support
Essentially Support is the opposite of resistance and is used as a buy signal. This is the level that a stock, commodity etc. will fall before it reverses and starts on an uptrend again. When the price of a stock or commodity etc. falls below this support level a new trading range will be established. There are couple of reasons behind this logic, some come to believe the share is cheap and decide to buy and others decide to take on the share after the first round of buyers have taken their profit. 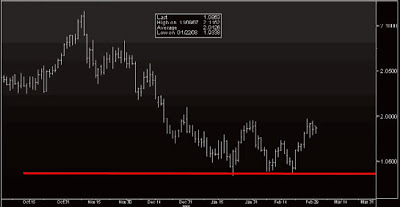 On this chart the support level can be seen in red as with the first chart. The price reaches the level of support three times and then rallies with a sharp increase in price.
Trend Lines
Trend lines can be used as either sell or buy signal. In the long run often the market will often establish a trend which sees the price move consistently up or down over a period of time. Spread Bettors and CFD traders look to ride these trends and make money off of them. 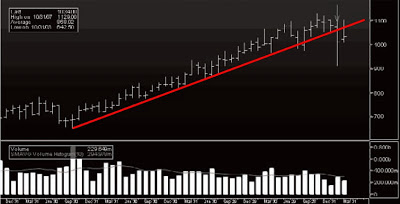 This graph shows the shorter term moving average in blue and the longer moving average and the point of the gold cross can be seen at the arrow.
Part of the Beginners Guide to Strategy and Analysis for Spread Betting